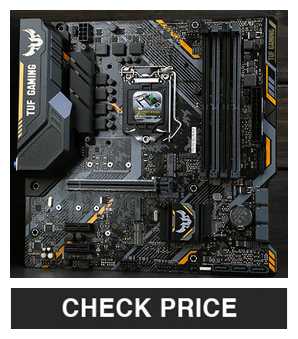 ASUS‘s TUF series has been in existence for a long time. The earliest TUF motherboards gave the most impressive impressions of the heavy military armor, the most cost-effective materials, and the reassuring warranty.

In the past two years, the TUF series has combined the needs of young e-sports players with individualization and customization.

The E-sports Agents Alliance is initiated by ASUS TUF to guide other hardware brand partners to join and create products belonging to e-sports agents.

At present, there are quite a few brands that have been joined, such as Zhiqi, Yingguang, Corsair, Coolest Supreme, Tt, etc.

According to the director of the global ASUS motherboard at the time, there is a clear consumer portrait behind each product positioning, and the users of the TUF series are relatively young, individual, passionate, and consuming.

Designed such a camouflage personalized motherboard for a series of needs for this group.

Today, we take one of the motherboards of the TUF series to test and test, and also feel the personalization of this.

The PCB of the motherboard itself is very recognizable. At least if you have seen a TUF motherboard, you can see the other series of TUF motherboards in the same series later, you can distinguish them at a glance.

Because of this dull black background with a small yellow accent style, few other motherboards, or very few PCBs of other products will be this design, this style is also very similar to the feeling of engineering rescue vehicles.

The motherboard, expansion ability is one of the most important factors to measure its strength.

There are two x1 slots underneath. The number is not too large, but most of the players who buy B360 motherboards are Only one graphics card is enough.

The M.2 interface is configured side by side, the upper is 2280 size, supports SATA and NVMe, the lower size is special, it is 2230, because it is used to support wireless network card.

The power supply part uses 4+3 phase. According to the traditional algorithm, even the 100W CPU can cope, and the highest end 8700K is 95W.

When equipped with the Core i5/i7 processor, it can support up to 2666MHz, which is the maximum frequency that the B360 chipset can support.

In the past two or three years, the highest frequency wireless card in the high-end and low-end motherboards, no one, Intel’s I219V, network data processing capabilities first-class, low latency, fast response, it is right to play games.

3.BIOS is still familiar and easy to use, but the temperature is very high

The biggest benefit of using the ASUS motherboard is that the BIOS update frequency is high.

As long as Intel comes out with a new CPU or new technology, it can basically follow up for the first time, or fix known vulnerabilities, etc., so it often uses Asus. BIOS online update function, very simple and easy to use.

You can see that the BIOS version is September. For the motherboard that has been on the market for one year, it is quite awesome.

Here we are equipped with the memory that supports the camouflage installed in the above picture, the compatibility is very good, the frequency support is also very powerful.

The BIOS trial experience is here, the overall change is not big, but the win is big enough, what features are available, and it is very easy to find.

The test platform uses the top-end Core i7-8700K in the 300 series, and then with high-frequency memory, after opening XMP, it is 2666MHz, and then the graphics card is the current high-end RTX 2080.

These high-end accessories are chosen to test whether the motherboard can fully play their full performance. If they can pass the test, there will be no pressure on other accessories.

By comparing another 300-series motherboard from ASUS, the performance of the two is surprisingly consistent, indicating that the ASUS TUF B360M-PLUS GAMING S can perform well with other hardware.

But we can see that there is a kind of chip with a very high temperature, which is up to 121 °C, which is already a dangerous temperature. Let’s take a closer look.

It can be seen that this is the small chip next to the power supply line, the temperature breaks through 110 °C.

This is the chip responsible for managing the current. On this motherboard, the temperature will rise to a higher value under high load conditions.

The inductor has a full load temperature of up to 79 ° C. This is quite safe, but the temperature of the small chip is too high, up to 121 ° C, which is dangerous for semiconductor chips.

First of all, talk about the personalization of the motherboard, it is indeed done in place, black and yellow style camouflage coating design, can capture the love of many young e-sports players, and can play the e-sports agent alliance with other brands, It’s also quite interesting.

I think if assembling a whole configuration is such a camouflage, it is also a very good experience.

In terms of expansion capability, due to the M-ATX board type, the number of expansion interfaces is not too large, basically enough level, for example, a single PCIe 3.0×16 slot, relatively hollow I/O interface, but common Gamers are actually really enough.

In terms of game performance, the performance of the i7 and RTX 2080 can be fully realized through the actual measurement, so the work of ASUS is still very stable, and the BIOS of the classic good is also praised.

But when it comes to temperature control, it is a relatively short board.

The full load temperature of the 4C06B chip can exceed 100 °C. It should not be temperature in a short time, but if it is long-term high load, the safety of the semiconductor chip may still be A little hidden.

Therefore, it is recommended to use it with an i5 or lower model without K, so the temperature may be safer.