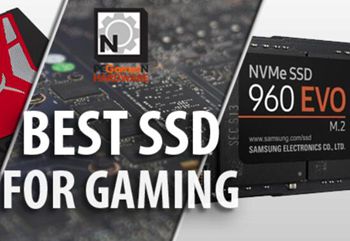 We all know the importance of CPU to a computer, then do you know SSD Hard Drive? Is it important?

There is no doubt that the SSD is an optimal upgrade to the computer, which can significantly reduce the load time, and the performance gains on Windows systems are more obvious.

The SATA interface has existed for a long time. The current 3.0 specification has a history of nearly a decade, but it is still the best product and it is everywhere.

Today we recommend 3 ssd hard drives. If you are considering upgrading your calculator, then read on.

A single specific advantage of SSDs that are much faster than mechanical hard drives is that access times are orders of magnitude faster. The mechanical hard disk is moved to the correct disc by the robot arm to read data, and when the SSD is used, the data is stored and accessed electronically.

It is a physically simple device that consists of a series of flash chips and controllers, including the processor, memory cache, and firmware.

The NAND flash chip stores the binary values as voltage differences in the non-volatile memory, which allows them to remain in their state when the power is turned off.

Each cell is insulated from its neighbors to ensure its state, but the reliability of the insulator is slightly reduced each time a program is accessed.

The best drive can handle 2.5PB of data writes, which means that even with 250GB writes per day, it still takes 10,000 days to reach the limit. 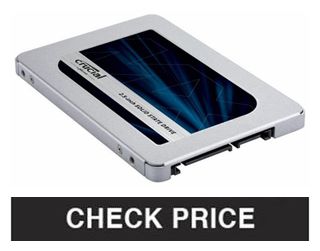 What is the best ssd? The ideal SSD for gaming PCs should have the perfect price/performance and reliability, and the Crucial MX500 meets all of these features.

As some game installation sizes have exceeded the 100GB mark, it is also very important to purchase the largest capacity hard drive, so we recommend 1T capacity first.

For the MX500, Crucial uses its 64-layer 3D TLC NAND, each containing 256GB. In addition, this SSD drive is also available with a 5-year warranty.

Like any good SSD, Crucial provides software in the form of its Storage Executive utility, which helps you monitor your drive and update the firmware if necessary.

In terms of performance, the MX500 is at the upper level of the SATA drive. Technically, it is slightly slower than Samsung’s 860 Pro, 860 Evo and 850 Pro, but exceeds 850 Evo in overall performance. 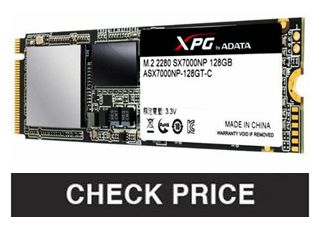 If you’re looking for a cheap NVMe drive, the SX7000 is definitely one of the best options, and the price is only slightly higher than a similar capacity SATA hard drive, but the SX7000 is much faster.

But this is not perfect, in other areas, it may actually lag behind the MX500 and other faster SATA drives. However, for most workloads, the SX7000 can beat any SATA drive.

Adata uses Silicon Motion’s SM2260 controller, which is identical to Intel’s use in its 600P series. Its performance is almost the same as the Intel 600P, but at a lower price.

In addition, Adata provides its SSD firmware update and toolbox to check drive health, as well as other freeware, including Acronis True Image HD for cloning existing drives.

Most importantly, although there are many NVMe SSDs that are faster than the SX7000, no company has yet been able to make lower-cost NVMe drives. If you are looking for a cheap way and omit any new versions of cluttered wiring, then this is a great way to get into the NVMe trend.

Do you want the fastest SATA SSD or a large-capacity SATA drive? The Samsung 860 Evo can satisfy both wishes.

As for the storage capacity of the hard disk, Samsung has increased the 300TB of the 850 Evo to 2400TB of the 860 Evo, which is equivalent to writing more than 1.3TB of data per day for five years.

If you don’t like the Crucial MX500 described earlier, the Samsung 860 Evo may be another best option, with better performance but at a higher price.

The sheer size means you can store a lot of games without worrying about the lack of disk space. In addition to the 1TB model, the 860 Evo is available in 4TB, 2TB, and 500GB models.

We only recommend the above three, but regardless of product performance or comprehensive cost-effective, these three ssd has been able to meet the needs of most people, follow-up we test the new ssd hard drive, we will continue to update reviews.

I hope this article can help you, if you have any questions, please contact us or leave a message below.