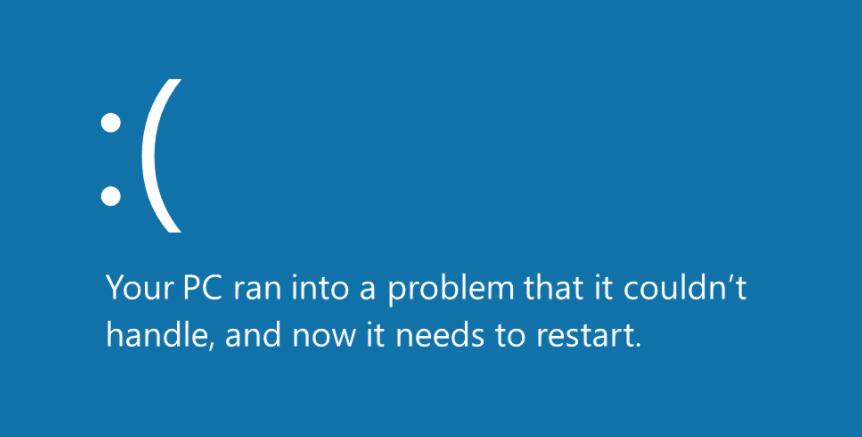 CHKDSK (standing for Check Disk) and Defrag are different tools for different purposes. When it comes to CHKDSK, it doesn’t matter what type of drive you have; it won’t harm the drive the way a defrag might harm an SSD.

Let’s look at why that is. In fact, I’ll see if I can’t extend one of my metaphors – perhaps to the point of breaking – to clarify what’s going on.

In computing, CHKDSK (short for “check disk”) is a system tool and command in DOS, Digital Research FlexOS, IBM/Toshiba 4690 OS, IBM OS/2, Microsoft Windows and related operating systems. It verifies the file system integrity of a volume and attempts to fix logical file system errors. It is similar to the fsck command in Unix and similar to Microsoft ScanDisk which co-existed with CHKDSK in Windows 9x and MS-DOS 6.x.

An early implementation of a ‘CheckDisk’ was the CHECKDSK that was a part of Digital Equipment Corporation hardware’s diagnostics, running on early 1970s TENEX and TOPS-20.

The chkdsk command is available from the Command Prompt in Windows 10, Windows 8, Windows 7, Windows Vista, and Windows XP operating systems.

The chkdsk command is also available via Command Prompt in Advanced Startup Options and System Recovery Options. It also works from within the Recovery Console in Windows 2000 and Windows XP. Chkdsk is a DOS Command too, available in most versions of MS-DOS. 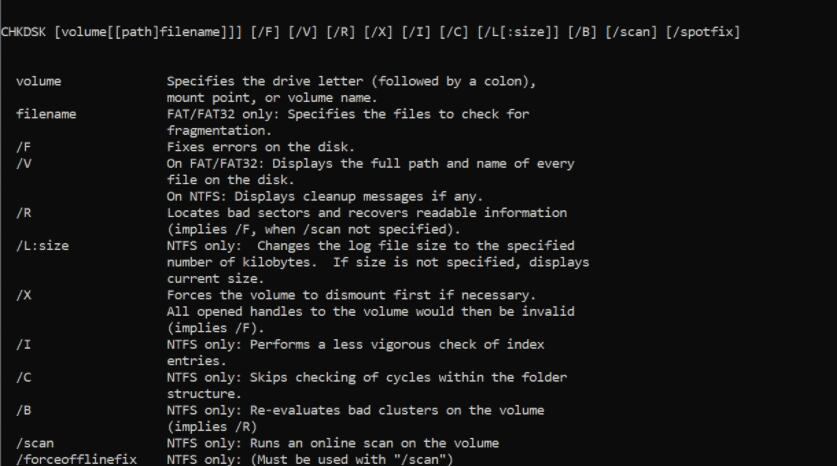 /F: This chkdsk command option will fix any errors found on the disk.

/V: Use this chkdsk option on a FAT or FAT32 volume to show the full path and name of every file on the disk. If used on an NTFS volume, it will show cleanup messages (if there are any).

/R: This option tells chkdsk to locate bad sectors and recover any readable information from them. This option implies /F when /scan is not specified.

/X: This command option implies /F and will force a dismount of the volume if necessary.

/I: This option will perform a less vigorous chkdsk command by instructing the command to run faster by skipping over certain regular checks.

/C: Same as /I but skips over cycles within the folder structure to reduce the amount of time that the chkdsk command runs.

/L: Size Use this chkdsk command option to change the size (in KB) of the log file. The default log file size for chkdsk is 65536 KB; you can check the current log file size by executing /L without the “size” option.

/perf: This option allows chkdsk to run faster by using more system resources. It has to be used with /scan.

/scan: This chkdsk option runs an online scan on an NTFS volume but does not try to repair it. Here, “online” means that the volume does not need to be dismounted, but can instead remain online/active. This is true for both internal and external hard drives; you can continue using them throughout the course of the scan.

/spotfix: This chkdsk option dismounts the volume only briefly in order to fix issues that were sent to the log file.

/?: Use the help switch with the chkdsk command to show detailed help about the commands listed above and other options you can use with chkdsk.

Why Would You Run chkdsk on SSD Drives?

The answer to that is pretty simple: chkdsk is built to find errors on your hard drive (and fix them, if you provide the necessary parameters). It is also considered to be part of the regular maintenance tasks that you can do to keep your operating system in good condition and avoid losing data.

One type of error that chkdsk can find are bad sectors on your hard drive. Now we all know that ssd drives are many things (faster than regular hard drives, easier on laptop batteries, …), but they sure as heck can be susceptible to bad sectors.

With that being the case, running chkdsk on ssd drives every now and then to get these errors fixed would seem like a reasonable idea. But what about wear and tear on the ssd drive?

Is It Safe to Run CHKSDK on SSD

Does CHKDSK work on SSD? Of course, the answer is yes. However, many people reported that they encountered some issues after running the CHKDSK command on their C drive. For example, a user from Facebook Hub reported that his computer can’t start normally after running chkdsk c: /f from an elevated Command Prompt.

Thus, lots of people are confused if it is safe to run CHKDSK SSD Windows 10. In fact, the SSD CHKDSK command is not harmful. When running CHKDSK on SSD, the process does more reading than writing to the drive. Since the reading operation is so small and quick that it can be neglected completely, running the SSD CHKDSK command has little impact on the performance.

In addition, it is not necessary to run CHKDSK SSD Windows 10 regularly like performing it on a traditional HDD. This is because SSD owns advanced leveling and controlling technology, which can automatically detect and repair certain drive errors via the drive controller.

However, it is not recommended you run the SSD CHKDSK repair on your C drive because many people experience some problems after doing that. If you are also troubled by the issue after running the chkdsk c: /f command, you can try the following guide provided by Microsoft:

1. The device should automatically start up into the Recovery Console after failing to start up a few times.

5. Allow chkdsk to complete the scan, this can take a little while. Once it has completed, type: exit

6. The device should now start up as expected. If it restarts into Recovery Console, select Exit and continue to Windows 10.

Note After completing these steps, the device might automatically run chkdsk again on restart. It should start up as expected once it has completed.

Given that the original German forum thread was posted on the 18th, we’d suggest restarting your PC if you haven’t since the 8th, and then still being cautious about running the chkdsk command for a while.