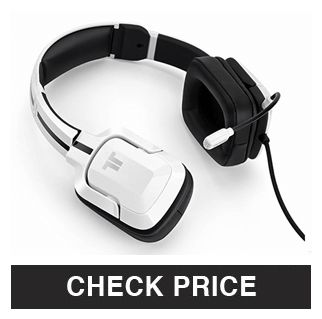 From the CS many years ago, to the LOL in previous years, and now to the Overwatch, the development of gaming headsets has experienced a low mountain-like journey.

As the capital giants continue to compete in the e-sports market, the gaming headsets once again sing high-profile songs, even with unprecedented capacity and height.

In this market context, competition between vendors has never been more intense. To gain a foothold in this market, product quality is of paramount importance.

In the North American market in 2017, sales were second, and sales in the European market were the first. What could Kunai Pro have to conquer the capital of consumers? Let’s take a look at it today.

The name Kunai Pro, “Kunai” doesn’t sound like the English words you see every day. In fact, this is a Japanese Roman word, referring to a dart called “Kunai.” Does this mean that Kunai Pro behaves like a dart in the hands of a ninja, with precise positioning and no falsehood. 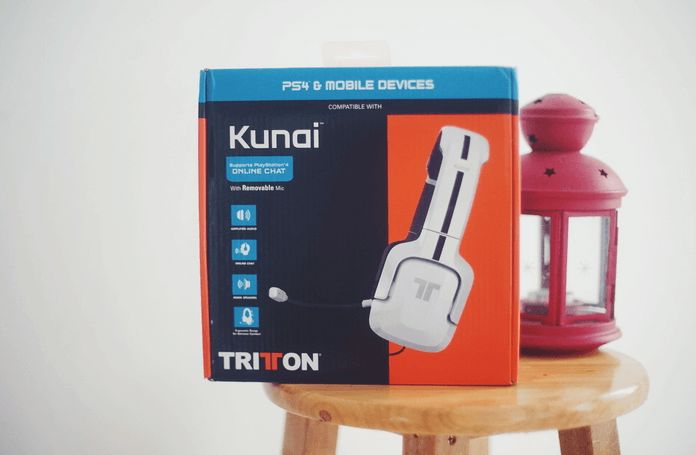 From the front of the package we can see the hard photo of Kunai Pro, we tested the white color, and TRITTON also provided the black tone version for consumers.

Users can consider their own style and hardware, choose the color they like. In addition to hard-wearing attention, we can also see Kunai Pro support PS4 game consoles on the front of the package.

How will sound effects be achieved on different gaming devices? We will introduce in detail in the next subjective experience.

After unpacking, we can find that in addition to the Kunai Pro body, the accessories also have connectors and detachable headsets, as well as a series of paper files, which is now standard on gaming headphones.

The detachable microphone design makes it easy for users to choose whether to use it or not, and it is more convenient to carry it with you. This reflects TRITTON’s consideration of the user experience.

The design of the Kunai Pro is undoubtedly much more elegant. Telling the truth, in terms of the aesthetics of Xiaobian, I actually prefer this simple and bright design. Not only is it not greasy for a long time, but also a simpler structure, you can reserve more positions to consider ergonomic design and effectively improve wearing comfort.

As you can see from the picture, the white version of the Kunai Pro is fitted with a black sponge pad placed in various positions on the headphones. The classic panda color looks quite harmonious.

Compared with many headphones on the market, Kunai Pro is also smaller in size, and the main body is ABS high-strength plastic, which means that the weight of the whole machine will be reduced accordingly, and it will not be obvious when worn for a long time. Fatigue. From these overall perceptions, TRITTON is considered quite comprehensive in terms of user experience.

With regard to the details of the user experience, Kunai Pro has something to watch out for. The inside of the head beam is made of a combination of hard silicone and a sponge pad, and the telescopic adjustable head beam design makes the earphone not only adapt to different head shapes, but also feels comfortable to touch the head.

It is worth noting that the shape of the ear cover of the Kunai Pro is not a common circle, but a rectangular design. The protein skin and memory cotton used are quite soft, which not only has a better fit with the head, but also improves the sound insulation and does not feel pain after wearing for a long time.

The 40mm diameter unit behind the earmuffs, the official physical data is that the frequency response range can reach 20-20KHz, the maximum harmonic distortion is 2.5%, we can not help but let us be interested in its performance.

2.Performance in the game:

As a gaming headset, TRITTON also claims that it can support so many devices, and it is definitely a lot of friends’ attention in the experience. Therefore, in the subjective experience, we first look at the connection to the computer.

Similar to many gaming headsets, Kunai Pro requires drivers to be installed on your computer to enable all features on your computer. After installing the driver, and then connected to the headset, we can debug the headset function.

This accessory software called TRITTON Audio Center, the interface design is quite simple, but because of this simplicity, it seems that the headphones have many functions and complete, and the playability is very high.

The main interface of the software is mainly to control the volume and enable the player to quickly see the working status of the headset.

On the left side of the main interface, there are separate speakers and microphones. Just right click on the two flags to go to the separate detailed customization page.

In terms of sound, we can not only enable Kunai Pro to support higher sampling rate through software, but also meet the demand of high-sampling rate lossless music playback, and also enable equalizer adjustment, with 12 preset modes and custom balance. The program is saved and saved.

In addition, Kunai Pro is a headset that supports 7.1 virtual surround sound. In the corresponding option page, in addition to providing music and movie modes, you can adjust the size of the sound field and the tendency of tri-band according to your needs.

After introducing the connection to the computer, what is the Kunai Pro doing when connecting to the PS4? Since the Kunai Pro uses a USB interface design, we can directly connect to the interface on the PS4 front panel through this interface.

The system will prompt you to switch to the sound output through the Kunai Pro. At this point, we can feel the performance of the Kunai Pro on the PS4.

Next, we will experience the Kunai Pro through a specific game environment.

We used “CS:GO” on the computer, “LOL”, and adopted “Drive Club” and “GT Racing” on the PS4 for a total of four games for testing.

These four games basically cover the game categories that gamers experience everyday, so what is the performance of Kunai Pro in it?

First of all, it is worth mentioning that the virtual 7.1 channel function of Kunai Pro needs to be supported by the driver, so we can’t enjoy it on the PS4.

Let’s first understand the sound style. In the case of the default EQ, the sound style of Kunai Pro is close to the route of the Zhongzheng restoration. It does not emphasize the presence of high and low frequencies like many game headphones to enhance the sound performance in the game.

If you need to strengthen certain frequency bands and even need to highlight the performance of some sound elements, then the TRITTON Audio Center from Kunai Pro can be said to be very comfortable.

Although it looks simple, the software is a bit unambiguous. Especially for the adjustment of the virtual 7.1 channel effect, based on the relatively real sound style, the overall listening sense is more clear and more targeted.

Also because Kunai Pro comes with a sound card and supports decoding up to 24bit/96khz, we also try to listen to music. In keeping with the performance in the game, Kunai Pro is more original when playing back music files, there will not be too much rendering.

The e-sports market is expanding and its influence is increasing. More and more consumers will have a deeper understanding and higher demand for this segment. At the same time, the game console has entered a new stage of development, and has put forward new requirements for gaming headsets.

The Kunai Pro gaming headset from TRITTON, which is popular among consumers in the European and American markets, is basically enough to cover the mainstream game usage scene.

For players with multiple gaming devices, Kunai Pro will be the best solution for the flow. With its existence, the gaming experience will take it to the next level.